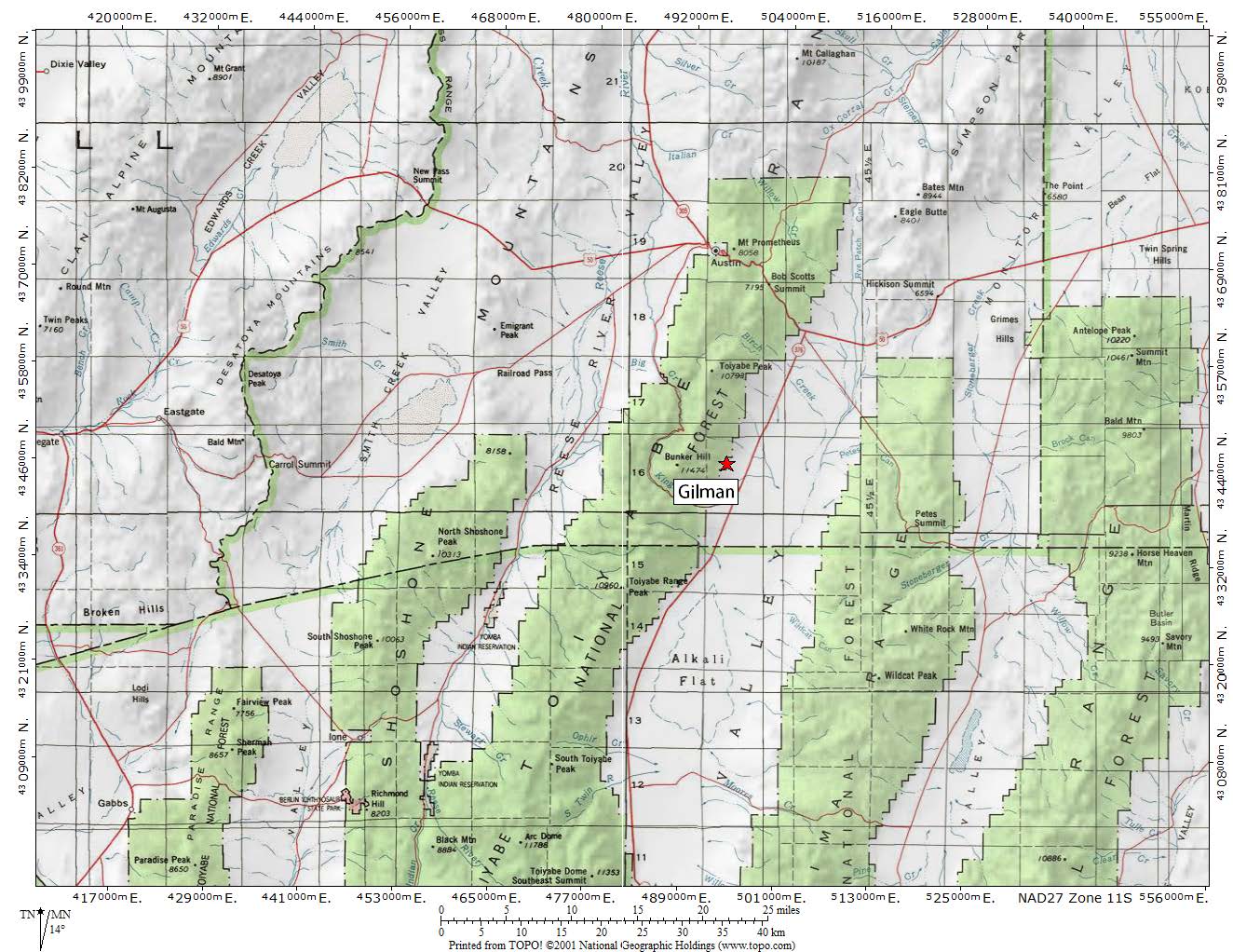 The Gilman Project is comprised of 3 unpatented mining claims covering a total of 60 acres with land open along strike for staking.  The project is located near the town of Kingston.  Nearby mines include the Kingston Canyon, Big Springs, and North Umberland mines which are all hosted in a similar age and type of rock.  The property covers a northwesterly trending structural zone within Cambrian thin bedded limestone and shale.  High grade gold was prospected and mined from two adits within the footwall of a thick jasperoid along the range front.  Gold values exceeding 1 oz/ton have been obtained from dumps and in the back of the upper adit.  Silver values to 8 opt were collected from workings approximately 2000 feet south of the gold workings.  No production is known to have occurred from this area.

The property covers a jasperoid zone from 3 to 60 feet thick having a strike length of 10,000 feet or more.   The best gold values from 0.1 to 1.2 opt gold occur within the footwall of the jasperoid associated with gossan with an original composition of +50% sulfide material.  Other areas along the trend of the jasperoid contain copper oxide minerals and significant silver values of +8 oz/ton with 0.02 opt gold.

Exploration history starts in the late 1800’s when the nearby town of Austin was booming.  Exploitation of the veins probably occurred around the turn of the century and in the 1930’s.  Surface sampling and mapping was conducted by Newmont, Brancote, Miranda and MinQuest.  Until 2008, the property had not been drilled.  American Goldfields attempted two drill holes in the winter of 2008.  The drill program was snowed out and a single hole was drilled to 510 feet.  It is doubtful that the target was reached.  The hole was near vertical and drilled 450 feet from the jasperoid.  No significant jasperoid was intersected.  However, the alluvial cover was not as deep as expected and several quartz veins were encountered with only anomalous gold.  It is believed the targeted veins and jasperoid were not reached.

Exploration potential exists for high grade gold within the area of the main workings.  Gold and silver anomalies also extend southwards along trend where jasperoid breccias, limestone and shale provide an excellent host for disseminated gold.  Considering the lack of drilling and the obvious alteration, the project is ripe for a quick test to determine the quality and quantity of mineralization that may be present. 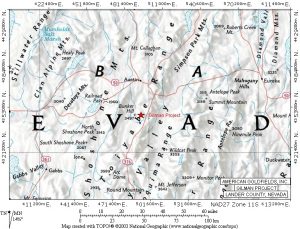